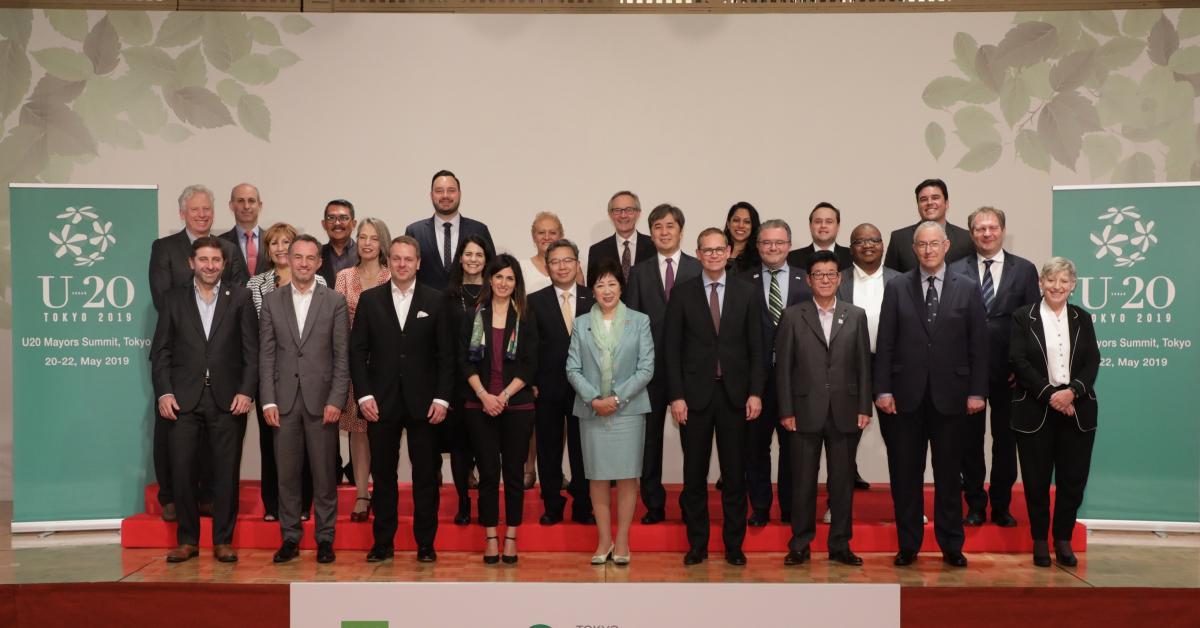 The largest cities of G20 countries gathering in Tokyo last 21-22 May for the second Urban 20 (U20) Summit to convey their joint position to the G20. Focusing in climate action, social inclusion and sustainable economic growth, the U20 cities’ Communique to the world’s largest economies includes a call to promote digital rights and equal access for all city dwellers to affordable internet and digital services. These positions were conveyed to the Prime Minister of Japan and G20 Chair, Shinzo Abe, by the Governor of Tokyo along with the Mayors of Berlin, Helsinki, Osaka, Rome, and Rotterdam.

Urban 20 is the platform for local governments to engage with the G20. It gathers the largest cities of G20 countries and in 2019 is chaired by the Governor of Tokyo, Yuriko Koike – while the Prime Minister of Japan is the 2019 G20 Chair. Buenos Aires had previously served as chair of the initiative in 2018, when Argentina was hosting the G20. The Urban 20 process is facilitated by UCLG and C40 to ensure that it reflects the views of the larger constituency of local and regional governments.

Last 21-22 May, the Tokyo Metropolitan Government hosted the second U20 Summit, which resulted in a U20 Communique – the group’s joint position towards the G20. The text calls on national governments to take bold climate action and promote effective sustainable development that reaches all communities and territories –especially those further behind.

At this second U20 Summit, cities addressed the technological change the world is undergoing, which has the potential to foster innovation and inclusion, but may also resulted in increased inequalities and rights abuses.

In this context, U20 cities called on G20 leaders to seize the opportunities of the digital revolution so that its benefits reach all city dwellers, promoting digital rights and equal access for all city dwellers to affordable internet and digital principles. To this end, cities urged the G20 to “develop a set of technology governance and policy guiding principles including transparency, openness, privacy, security, interoperability, efficiency, resiliency, sustainability, and equity”.

Cities further stressed the need for a gender-based approach to technological change: if the opportunities it brings about is to be truly inclusive, local and national governments will need to work together to ensure that “diverse people, especially women, participate in its development”.

Finally, the Urban 20 acknowledged the role of digital services in providing new economic activities that do not always impact positively on the urban fabric and communities. Therefore, cities called on national governments to “adopt regulation to ensure that the sharing and ‘gig’ economies act as drivers for cities’ prosperity and serve the general interest of city dwellers, including the respect for fair working conditions and social cohesion”.