As part of the Digital Rights Governance Framework Project, the City of Dublin is creating an Educational Module on Emerging Technologies and Digital Rights, which will be developed during the months of autumn 2022. On the 13 and 14 of July 2022, the team from Dublin and the project team of the Digital Rights Governance Project (CC4DR, UN-Habitat, Eurocities and UCLG) held the design workshops, a key phase of the project that consisted in defining the scope and roadmap of the challenge.

The series of workshops, which will be held individually for each of the four cities participating in the pilot phase -Brussels, Sofia and Tirana- has been kicked off by the city of Dublin. These workshops aim at investigating the city’s challenges, defining existing initiatives, priorities and roadmap, so as to prepare cities for the next phase of the project, the Helpdesk prototype testing. 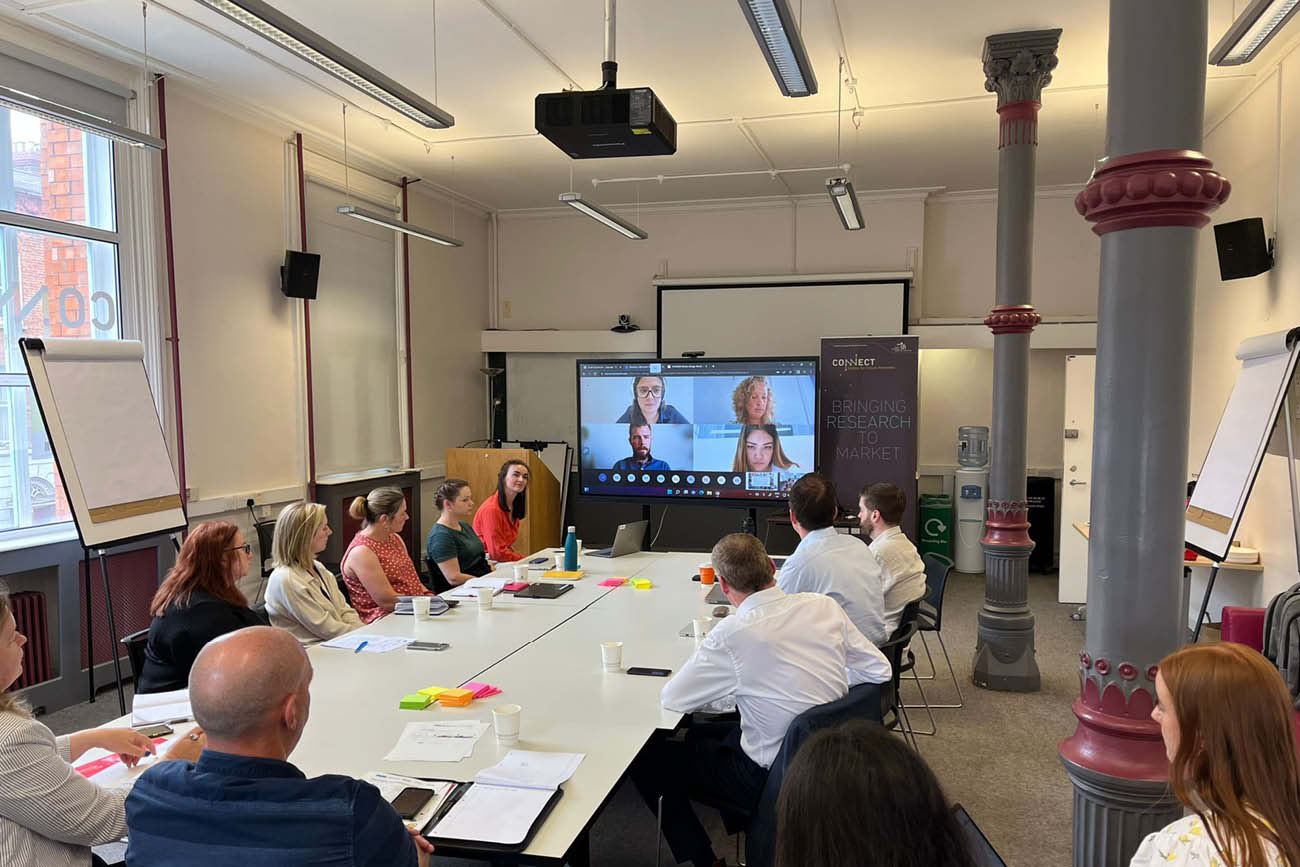 Understanding and defining the challenge

The workshop with the city of Dublin was conducted in a hybrid format, with participants attending both in-person in Dublin as well as virtually. Participants included members from Dublin City Council, Smart Dublin, Academy of the Near Future, Smart Docklands, CONNECT, Tech4Good, and Trinity College Dublin.

The challenge for the city of Dublin is to upskill public sector entities and communities in relation to new and emerging technologies. To address this challenge, Dublin aims at creating  a foundational module on digital rights, promoting principles of ethics and privacy in relation to emerging technologies. These foundational modules will be promoted under the  Academy of the Near Future (ANF), a Smart City educational programme dedicated to Transition Year (TY) students and local authorities.

The define workshop focused on understanding the challenge of the city, mapping existing initiatives, brainstorming around main barriers and drivers, as well as defining priorities.

Despite the various initiatives Dublin already has in place, several barriers and needs have been identified. Among others, inadequate expertise on complex technologies, the difficulties of effectively engaging the target audiences and, the fast pace of technological evolution.

In addition to the barriers, participants also identified main structures and foundations, which allowed them to  determine key areas and commitments related to the challenge. Later, key actions to prioritize were identified on the basis of the structures and foundations, and they were classified according to short, medium and long-term commitments.

Day 2 started with validating  priorities and turning them into deliverables. After defining the priorities, these were assigned to the stakeholders that will need to  be engaged and will be impacted or connected to the challenge.

The group then moved on to converting deliverables into work packages to implement during the pilot, and lead owners of each deliverable were identified.

Next steps and takeaways

In addition to determining an action plan for the pilot phase, this workshop also was a good opportunity for all the participants involved to dive deeper into the city’s challenge.

For instance, the discussion highlighted the need of creating more awareness around emerging technologies, creating foundational modules which are “people-centered” and are placed within the communities, making sure to promote a digital transformation that protects and promotes digital rights.