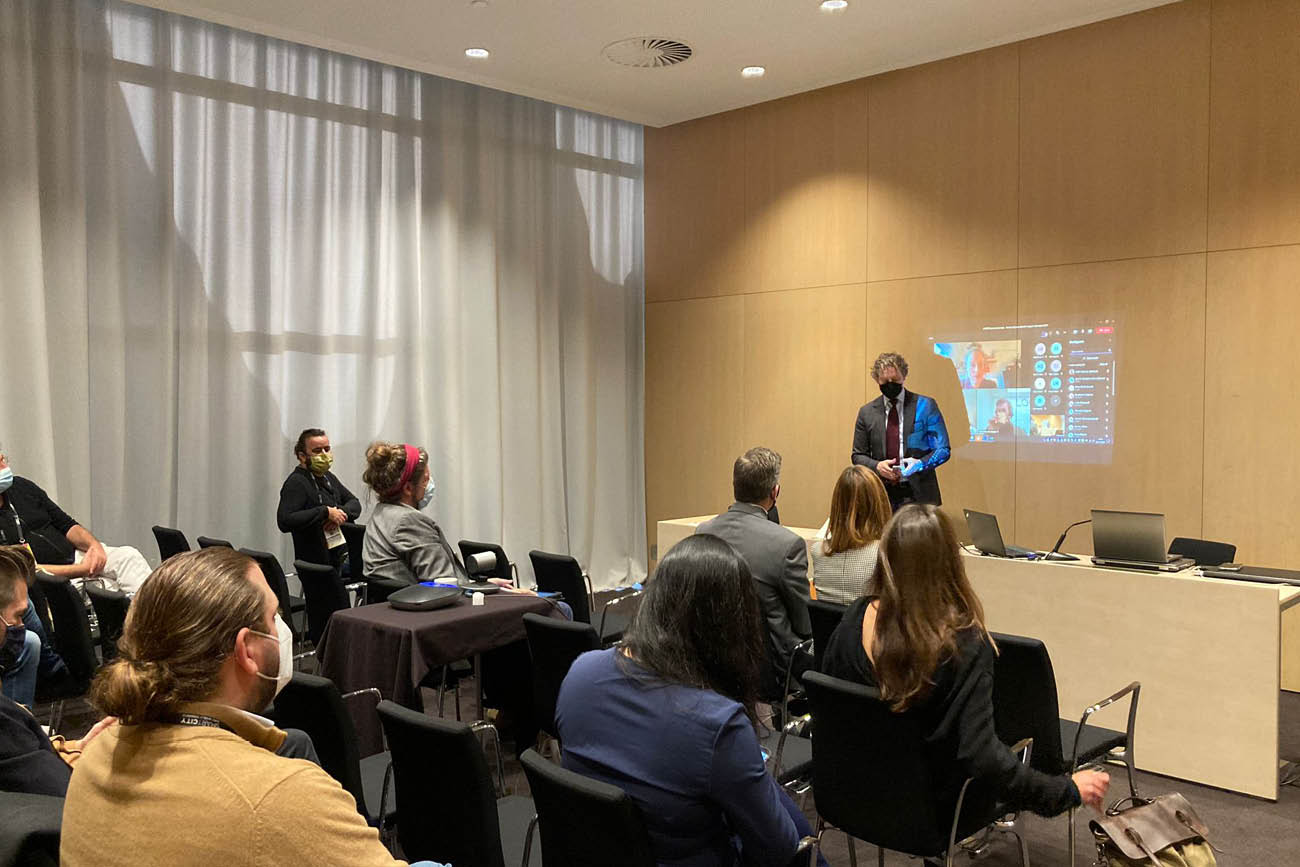 The members of the Cities Coalition for Digital Rights met during Smart City Expo World Congress Barcelona 2021 for the Coalition’s annual General Assembly. The meeting was the perfect opportunity to look back and forward on the Coalition’s activity and to formally welcome the newly-adhered member, the City of Murcia. Juan Fernando Hernández Piernas, Deputy Mayor for European Programmes of Murcia, highlighted the city’s commitment “to enable citizens and lower thresholds for the use of digital tools and interaction, especially in youth and elderly people, to foment citizen participation and engagement and to defend citizen’s rights in the digital domain”.

During the Assembly, city members worked together on next steps for the Coalition and set its top priorities for the upcoming months. These include specific actions that will not only uphold the Coalition, but that will also serve as a guide for other cities who want to develop digital rights policies.

The relevance of the Digital Rights Governance Framework

In the General Assembly, member cities reinforced their commitment to develop a Framework that can bring about a large-scale change in the field of digital rights for local administrations around the world. The Governance Framework will focus on assessing what foundations, structures and instruments city governments who want to implement and promote human rights in the digital realm need to have.

The need for communities of practice

One of the actions coming out of the Deputy Mayors meeting held in Amsterdam in October 2021 was the creation of task forces on topics related to digital rights. During the General Assembly, the communities of practice on Digital Inclusion and Artificial Intelligence were created, and more are expected to be constituted over the next months. These communities of practice will be the best way for cities to engage in topic-specific collaborations, share a common roadmap, produce specific deliverables and jointly apply for funding to further pursue projects related to their areas of interest.

All in all, the Coalition faces 2022 with the renewed ambition to create a common language and share tools through a Framework for governing human rights in the digital domain, a clear and action-oriented strategy focused on the pressing topics defined in Amsterdam’s political meeting and with a growing community that now includes the city of Murcia.

During #SCEWC21 the Global Observatory on Urban AI, a joint project between the cities of Barcelona, Amsterdam and London together with CIDOB and the CC4DR, published the report “AI Ethics in policy and action: city governance of algorithmic-decision systems”. Find out everything about it here!